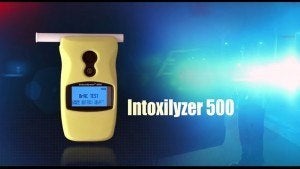 Laws – especially laws that carry significant criminal penalties – are supposed to be easy to understand. That way, you know if you're breaking them or not and so can easily change what you're doing in order to stay on the right side of the law.

Arizona's laws for driving under the influence (DUI), despite carrying some of the harshest penalties for drunk driving in the entire country, are incredibly vague when it comes to the most important aspect of the law: When you can be found guilty and subjected to the penalties that it prescribes.

Drunk driving laws in Arizona and the rest of the U.S. utilize a crucially-important number to determine if you are abiding by the law or breaking it: Your blood alcohol content (BAC).

As you drink, the alcohol in whatever you're drinking gets absorbed into your bloodstream. The blood in your body increasingly becomes more and more alcoholic.

Typically, drunk driving laws prohibit driving a vehicle while having a BAC over 0.08% – this used to be the rule in all fifty states until nearby Utah dropped their BAC limit down to 0.05%.

In Arizona, though, there are different penalties for drivers who have different BACs. Additionally, and perhaps worse, just because you don't have a BAC of 0.08% does not mean that you cannot be found guilty of DUI.

In Arizona, there are three different levels of DUI: Regular DUI, Extreme DUI, and Super Extreme DUI. Each of these levels carries its own set of criminal penalties, if you get convicted in a court of law. Additionally, each level has its own BAC level.

Unfortunately, these different penalties for DUIs based on different BAC levels make it difficult to know exactly what consequences you could be facing when you get behind the wheel. Worse, Arizona's DUI law allows police to arrest you for drunk driving, even if you have a BAC under 0.08%. This can make it far more difficult to rest assured that you are not breaking the law.

Getting arrested for drunk driving in Arizona can be one of the most stressful times of your life. Getting convicted can make things far worse. DUI-defense attorney Shawn Hamp can prevent an arrest from turning into a conviction. Contact him online or call his law office at (888) 202-9222.