Arizona is known for its notoriously tough legislation explicitly targeted towards immigrants. One of the most controversial moments in Arizona history was the proposal of Senate Bill 1070. Deemed by many as the nation's most fearsome immigration law, the legislation's initial provisions would have allowed state law enforcement to demand documentation from people they “reasonably” suspected of being in the country illegally.

Outraged that a law with such implications would even be drafted, immigrant advocacy groups, surrounding liberal states and members of society openly spoke out against the law, claiming that it encouraged racial profiling. Due to immense backlash the state received, the bill was modified just a week before it was signed into law. The changes narrowed the officers ability to request documentation from people within Arizona to only those who were stopped, arrested and detained for other reasons. 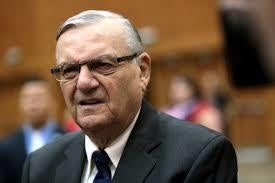 Although the law was revised, many people argued that the attitudes of the lawmakers and political figures, who had their hand in this bill and other policies like it, have not changed. Former Maricopa County Sheriff, Joe Arpaio, is a standout figure that comes to the mind of many state residents when they think of Arizona law enforcement's approach to interaction with immigrants. Arpaio gained immense fame due to his tough stance against illegal immigration, and it's this very same political stance that has led to the end of his political career.

Not only was the former Sheriff booted from office after a long 24-year streak, he was recently convicted of criminal charges. According to recent articles, Arpaio was convicted of criminal contempt for refusing to stop traffic patrols that targeted immigrants. His unit had made hundreds of arrests that were intended to divide immigrant families. The judge's decision was based on the fact that the former sheriff prolonged his initial immigration patrols in true Arpaio fashion for almost 1 1/2 years after another judge ordered him to stop. That judge came to the conclusion that Arpaio's practices did, in fact, include the racial profiling of Latinos and those thought to be Latinos.

The current decision was made by U. S. District Judge Susan Bolton. Arpaio's acts of criminal contempt are a misdemeanor offense. The former Sheriff faces up to six years in jail, and costly fines. However, attorneys doubt that the 85-year-old man will be incarcerated.

“I am very disappointed with her decision, but the case will be appealed,” Arpaio told the public. The former sheriff's legal team released a statement on his behalf.

“Her verdict is contrary to what every single witness testified in the case,” they said. “Arpaio believes that a jury would have found in his favor, and that it will.”

Federal prosecutors have yet to make any comments on the ruling.

If you need the help of a legal professional for a traffic-related incident, you should contact an attorney who is knowledgeable of the complexities of Arizona traffic law. We, at the Law offices of Shawn Hamp are here to help. Contact us today for a consultation.