Traffic Violations and the Administrative System that Resolves Them 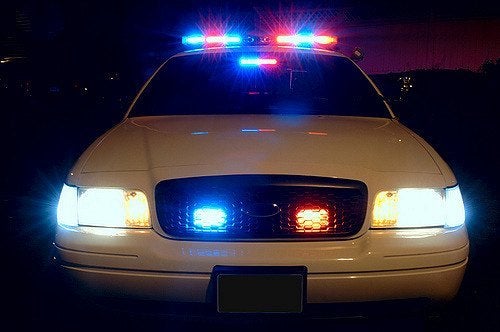 If you've seen TV shows that deal with the legal system or are familiar with the criminal justice process, then dealing with a traffic violation can be confusing. Things can happen more quickly and in a much less formal setting, leaving you to wonder when, exactly, you were going to be allowed to state your case and argue why you shouldn't have been issued in the first place.

The main source of confusion here is that most traffic violations are administrative , not criminal , offenses. This fundamental difference is behind most of the confusion that people tend to face after receiving a traffic ticket that can threaten their right to drive.

In Arizona, vehicle traffic and registration issues are handled by one of the administrations of the state's executive branch, the Motor Vehicle Division (MVD) . Importantly, the MVD has the power to register drivers and vehicles, and to continue to monitor those licenses and registrations after they are issued. This includes the right to limit, suspend, or even revoke them.

Crucially, because the MVD is responsible for issuing a license or registration for driving in Arizona, the MVD has the legal authority to alter it without having to go through the court system – “what an administrative body does, it can also undo.” This has major repercussions for people who are facing a motor vehicle violation.

The Administrative Process for Traffic Violations

If the only penalties for breaking one of the laws in the Arizona traffic code impact the driving rights that the MVD gave you, then the MVD can keep full control of the procedure and hearings that determine your case. This means, if you're facing a ticket for speeding, which only implicates your driving record and fines for your ticket, your case can be handled entirely by the MVD and its attendant branches, like the state's traffic courts. These traffic courts are very different than the one that handles more traditional criminal charges, like assault or homicide or bank fraud: They have loose rules of evidence that make it far more difficult to defend yourself against a ticket.

However, once the penalties of a traffic violation go beyond your right to drive, the legal system becomes implicated, and must adjudicate, at the very least, the criminal aspects of the violation.

Driving under the influence (DUI) is the most common example of a traffic violation implicating the legal system. If you get convicted for DUI, you face fines and a license suspension – both of which are administrative penalties – but also the potential for jail time, which is the definition of a criminal penalty. Therefore, in Arizona, DUI charges are split between the administrative hearing, which handles your license suspension, and the criminal hearing, which handles the rest of your case.

If you've been hit with a traffic ticket that you didn't deserve or face a charge of DUI, you need legal representation to protect your right to drive. Contact the attorneys at the Arizona Criminal Traffic law firm online or call them at (888) 202-9222.