What is a Criminal Traffic Citation? 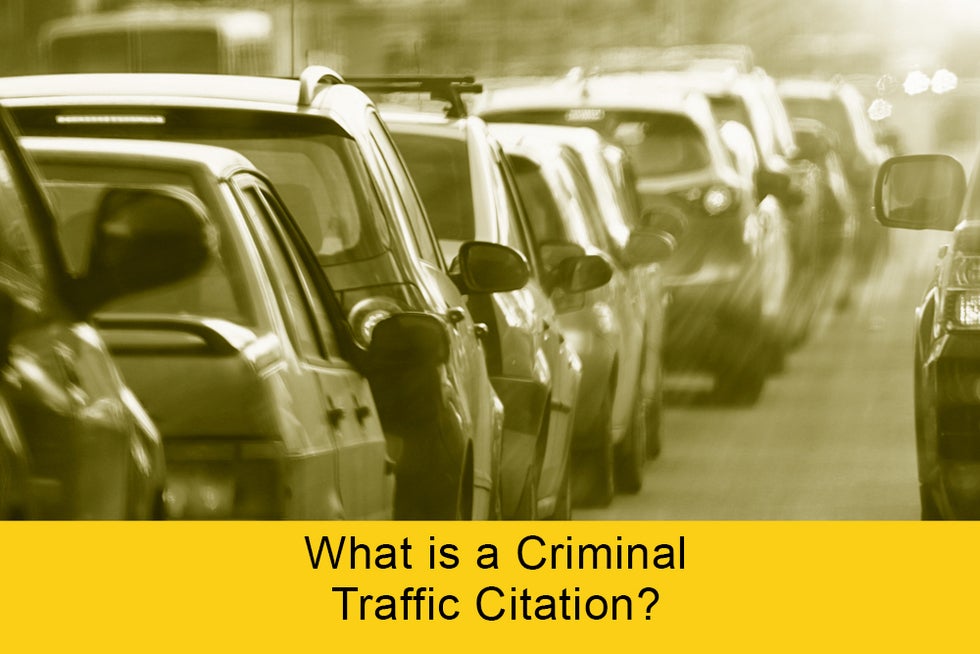 Criminal traffic violations include aggressive and reckless driving, speeding in a school zone, 20mph+ in a business or residential area, or traveling over 85mph anywhere in the state of Arizona including the interstate.  Driving Under the Influence (DUI's) are considered some of the most serious vehicular crimes and therefore have the most likelihood of serving jail time and having the most negative impact on your license.

Most motorists have received a traffic ticket or civil traffic violation (ie a speeding ticket). Once cited, you have options which include attending traffic school, paying a fine, or possibly fighting the ticket in court. The results could leave you a little lighter in your bank account, or may add some points to your license, depending on the outcome.

Unfortunately, a criminal traffic ticket has far more serious consequences. A criminal speeding violation means that a conviction could carry harsh consequences such as higher points, a suspended license and/or jail time.  Maximum fines range from $500 to $2,500 depending on the offense with possible jail time of up to 6 months.

Traffic school is usually NOT an option for a criminal ticket, but it is up to the discretion of the judge. A criminal traffic violation could result in a criminal conviction, which will show up on your record; an unfortunate result due to being careless when driving.

While getting a criminal traffic conviction might not directly impact your immigration status, getting an excessive amount of criminal violations could eventually be viewed as a crime of moral turpitude and could result in a challenge your legal status.

Not showing up for court should not be considered an option as it could result in an automatic license suspension in Arizona. The suspension will get reported to DMV agencies in most states, so residency in another state does not exclude you from being required to attend. A bench warrant could be issued or depending on the infraction, a defendant could be arrested and extradited back to Arizona from another state.