When Aggressive Driving Incites Road Rage & Victim Becomes the Aggressor, Self-Defense May be the Only Defense

This summer in Arizona, victims of road rage have been many, from fist throwing to gun showing, from injuries to deaths. It often starts with one motorist driving aggressively and another motorist responding in kind. When aggressive driving occurs, sometimes the victim of the aggression becomes the aggressor. In Glendale, Arizona, this is exactly what happened.

Possible Defense for Aggravated Assault due to Road Rage

In this scenario, the criminal suspect was the initial victim of road rage. Road rage is not a crime necessarily, but a combination of crimes involving aggressive or reckless driving. Many of us know how it feels to get irritated with another driver on the road, but most of us control our reactions. Many of us also know the sting of irritation when an aggressive driver cuts us off, but again, most of us are able to control our reactions. Here, neither woman controlled their reactions.

The accused female driver will defend herself, and as she should because she does have a defense: self-defense. She was in a headlock, and this can be threatening. Given all the other circumstances surrounding the case -- that we know of -- a reasonable person could have felt he or she was in imminent danger. It'll likely be up to a jury to decide unless she has an experienced attorney who can argue properly that the charges should be dropped, but even in front of a jury, there is a very good self-defense case to be made. 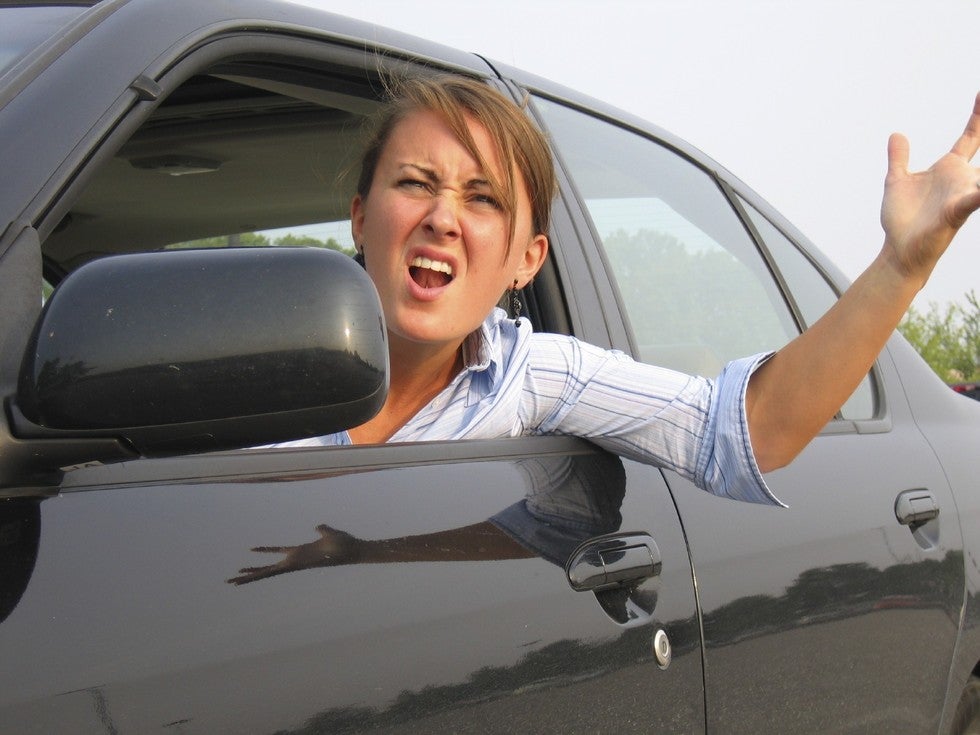 This summer in Arizona, victims of road rage have been many, from fist throwing to gun showing, from injuries to deaths.

The accused's big mistake in the above scenario is stopping her car to address the aggressor. You should not make the same mistake. The Arizona Department of Transportation offers some pointers how to respond. You should avoid aggressive driving because it can lead to road rage. If you, however, are confronted by an aggressive driver, you should:

With regard to calling 911, you should pull over before dialing unless you have a handless option to call. But pulling over can invite the aggressor to pull over, too. That's not something you want, so do so with caution.

If you've been involved in a road rage incident in Kingman or Bullhead City, Arizona, and need legal representation, you should contact an experienced attorney. If you are the accused, a defense is possible and requires exceptional knowledge of the law and court system. The Glendale woman will be able to fight her charge, but even in a case seemingly clear-cut as hers, she still requires an attorney. If the case goes to trial, her fate is in the hands of a jury, so it's best to have a skilled attorney who can either have the charges dismissed or reduced. You should defend yourself against bad charges, but you can't always defend yourself on your own.