Who Reviews The Photos Taken By The Photo-Enforcement Cameras? 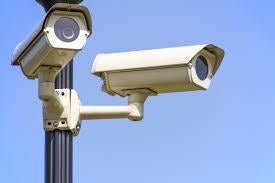 While there is nothing illegal about the private company reviewing the citations, it does raise questions about conflicts of interest .

Photo-enforcement cameras have been around in Arizona for many years now. These cameras are posted at intersections or along stretches of road and are designed to catch someone committing a traffic violation such as speeding or running a red light. This past spring the Arizona Republic looked at who was reviewing the photos that are taken of drivers. The Republic found that for some cities, it was not a law enforcement agencies but rather employees of a private company who were making the decision to send out tickets.

Six municipalities currently use photo-enforcement cameras: Chandler, El Mirage, Mesa, Paradise Valley Phoenix, and Scottsdale. Two different companies manage these cameras: Redflex Traffic Systems and American Traffic Solutions. Redflex manages the cameras for El Mirage, Paradise Valley, and Phoenix and American Traffic Solutions manages the cameras for Chandler, Mesa, and Scottsdale. Of these municipalities, two – El Mirage and Paradise Valley – have Redflex employees review the photos taken by the photo-enforcement cameras instead of a police officer. Redflex has only been reviewing photos for El Mirage since last October, but according to the Arizona Republic, “Paradise Valley has operated this way for decades.”

Redflex's review process consists of having “three people look at each image or video before deciding if the event demands further action.” However, if Redflex decides that a citation should be issued, the company can “issue citations without an officer or city employee's prior approval.” The Republic reports that the cities that “contract with ATS have police officers review photos and videos and decide if the evidence warrants citations.” Police officers also testify in court if a driver contests a citation. In addition, Phoenix also has police review photos and testify, if needed, with one exception: if the driver is caught by a speed enforcement van, then a Redflex employee will testify instead.

The Republic then considered whether or not there is any oversight of Redflex's decisions. In Paradise Valley where Redflex has been operating for decades, law enforcement doesn't get involved unless “someone who received a citation claimed he or she wasn't the driver in the photo.” Also, if a driver chooses to contest a ticket, it isn't a police officer that shows up at the hearing but a representative for Redflex who provides testimony.

The oversight that El Mirage is doing was outlined to the Arizona Republic by Police Chief Terry McDonald. McDonald stated that “he has weekly correspondence with Redflex and that [Sergeant Chris] Culp attends court hearings every few weeks to ensure the testimony meets the department's quality standards. McDonald also stated that “[i]f a driver has an issue with a citation . . . his department will personally review its quality.” He couldn't recall when they have had to do this, however.

While there is nothing illegal about the private company reviewing the citations, it does raise questions about conflicts of interest as, according to the Arizona Republic, “ATS and Redflex are paid on a 'per-paid citation' basis for every city, with other types of fees varying between municipalities.” Moreover, even though there is an oversight process, the Republic asks, is this enough or should the city be the ones with the final word on whether or not a citation should be issued?

If your a resident of Kingman or Bullhead City, you should be cautious when driving in any one of these jurisdictions. If not, then weeks later you could receive an unpleasant surprise in your mailbox from someone making money off your possible traffic violation.